What’s more, we now know that many digestive problems have an emotional cause. We get a “gut feeling” when meeting someone for the first time. “Trust your gut” is advice often given. This isn’t just a fanciful metaphor. Our brain and gut are connected by an extensive network of neurons, chemicals, and hormones, constantly providing feedback about how hungry we are, our stress levels, or if we’ve ingested a disease-causing microbe.

What exactly does your gut’s brain control?

As explained by Jay Pasricha, M.D., “its main role is controlling digestion, from swallowing to the release of enzymes that break down food to the control of blood flow that helps with nutrient absorption to elimination.” The director of the Johns Hopkins Center for Neurogastroenterology has garnered international attention with his research on the ENS. “The enteric nervous system doesn’t seem capable of thought as we know it,” he continues, “but it communicates back and forth with our big brain—with profound results.”

In fact, in working with patients for over twenty years we at Blue Phoenix Wellness have come to the same conclusion as Dr. Pasricha: that the ENS may trigger emotional shifts in people coping with IBS and functional bowel problems such as constipation, diarrhea, bloating, pain, and stomach upset. “For decades, researchers and doctors thought that anxiety and depression contributed to these problems. But our studies and others show that it may also be the other way around,” Pasricha stated. There is evidence that irritation in the gastrointestinal system may send signals to the central nervous system that trigger mood changes.

I’m happy to share with you some extremely safe herbs that have been found to be very useful in calming the angry digestive system. They include:

Used by nearly every culture in the world, tasty, aromatic ginger (Zingiber officinale) is a time-tested digestive remedy for stomach upset. It reduces spasms and increases the secretion of digestive juices, including bile and saliva. Ginger contains ingredients that soothe the gut and aid digestion by increasing peristalsis that moves food through the intestine. Use 1 teaspoon of the chopped herb brewed as tea, three times a day.

An Ayurvedic combination of the fruits amalaki, haritaki and bibhitaki, triphala benefits digestion. It tones the intestinal walls, detoxifies the system and helps elimination. In low doses it treats diarrhea (1 gram per day). In higher doses, it treats constipation slowly and gently by toning the walls of the gut while it works. Triphala is suitable for children and for older folks in search of regularity. For maintenance, take 2 grams per day. As a short-term laxative, use 6 grams and expect it to work in about eight hours.

Cinnamon is a mild but useful remedy for sluggish digestion. The German Commission E, the European standard for herbal medicines, recommends cinnamon for loss of appetite, dyspeptic complaints, bloating and flatulence. Use 1 teaspoon of the chopped herb brewed as tea, three times a day.

The unique abilities of tarragon oil include lubricating the intestinal walls to support the digestive process. Able to promote digestion and absorption of nutrients, it is also involved in the elimination of toxins. As a side note, it also provides powerful anti-fungal properties to help keep intestinal parasites away.

A powerful oil for digestion, it contains antibacterial, anti-fungal and anti-parasitic healing compounds. Oil of oregano kills off pathogenic gut bacteria that live in the digestive system, and is best used during times of distress to get regular digestion back on track.

Probiotics are known to help with digestion, as they help release a chemical called GABA, a major inhibitory neurotransmitter. That’s the psyche’s equivalent to a glass of wine or watching a sunset, so it’s no surprise that GABA plays a major role in conditions such as anxiety disorders and IBS. In addition, probiotics can reduce the autonomic nervous system response to bloating.

One of the most well-recognized and widely used essential oils for digestion. Fragrant and refreshing, peppermint also eases nausea, indigestion, and gas and stimulates the digestive process.

Guards digestive mucous membranes by increasing the production of mucin, a secretion that protects gut linings against stomach acid and other digestive juices. Use 1 teaspoon of the chopped herb brewed as tea, three times a day, or 1 to 2 chewable wafers of DGL (250 to 500 mg) 15 minutes before meals and one to two hours before bedtime. It’s used in the vast majority of Chinese formulas because it aids digestion and harmonizes the effects of other herbs.

Aloe Vera juice is an excellent remedy for stomach bloating and gas. Drinking aloe vera juice can reduce flatulence after meals and is effective in treating constipation. 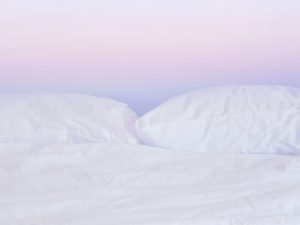 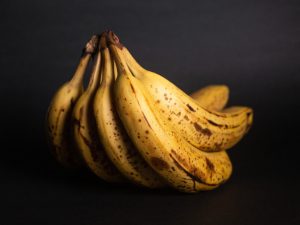 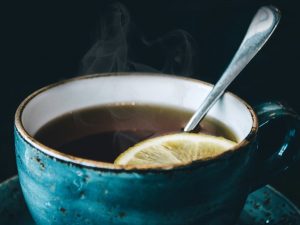 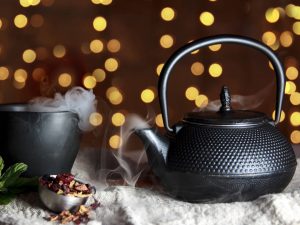 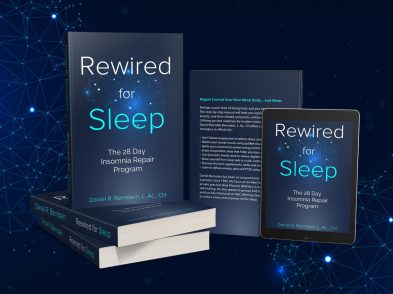