Insomnia and the Maturing Woman

To medicate or not to medicate?

“Sleep is like a cat: It only comes to you if you ignore it.

As women age, many of them experience sleep problems in perimenopause or menopause. Some twenty-four percent of premenopausal women say they have problems sleeping, compared with forty-one percent of postmenopausal women. Hot flashes and night sweats are part of the problem. As a result, there may be low energy, fatigue, and disordered sleeping. It also doesn’t help that anxiety and depression are higher during perimenopause and menopause.

Why is it that Men Escape Menopause

If it’s any consolation, men go through similar issues as they age. The difference between the sexes on this is that men often haven’t a clue as to what’s going on with them. That’s when they buy the hot car and go off the deep end.

Large Intestine 11 (Qu Chi, Pool At the Bend). This point is found when the elbow is flexed, in the depression (see photo).For all sorts of heat issues including sore throat, eye redness, abdominal pain and hot flashes.

But meanwhile you need some rest. And this is where herbs provide a wonderful starting point. Good quality herbs form an important part of any long term sleep repair program but the great thing about nearly all of them is, you can start using fine herbal remedies straight away. The following herbs, listed in my book Rewired for Sleep, are very easily available. They may not deal with the deeper rooted problems underlying your insomnia on their own, but they will help you get some fast relief:

For centuries, women have sworn by the herb as a powerful tool for alleviating hot flashes. Fortunately for us, science now validates this ‘folk wisdom’. One clinical review of thirty-two studies confirmed that Black cohosh can effectively reduce hot flash occurrence, intensity, and duration. Some researchers believe that the herb acts as an estrogen modulator, with other theories stating that the compounds within Black cohosh affect the dopaminergic system.

Also known by its Latin name Dioscorea villosa, is not to be confused with the yams that you might have in your kitchen. The wild yam is known for its active ingredient diosgenin, which is a phytoestrogen. Diosgenin contains an ingredient similar to DHEA, a precursor to human sex hormones. An East Indian traditional herb, wild yam has a long history of use for hormonal problems. Many menopausal women use creams containing wild yam.

The best kind of ginseng (there are dozens of varieties) is American ginseng. Siberian gingseng is okay, but stay away from Korean ginseng, as it is “hot” in nature and can disrupt the hormones in ways you don’t want, or need.

Considered by many to be the “woman’s herb” it can help balance the hormonal system, nourishing the blood in the process.  *See a qualified herbalist when possible. You’ll be glad you did.

Passionflower has been used for hundreds of years for its ability to reduce anxiety, or stress-related insomnia. Excellent for people experiencing emotional volatility.

The latest kid on the healing block. Cannabidiol is often touted as being able to treat a wide range of conditions, from neurological disorders to chronic pain and depression. Some swear it reduces anxiety and helps them sleep; others report that it has a caffeine-like effect on them. Dosages vary despite what may be indicated. As of this writing, CBD is being given a green light as the new answer to all that ails us. Among the sleep disorders for which it has shown to provide relief are Circadian Rhythm disorders, which often affects people with night-time jobs.

A commonly found European herb, many people use St. John’s Wort to alleviate mild depression, as well as for treating chronic insomnia. The herb may increase your skin’s sensitivity to the sun. If you take this herb, try not to expose your skin to direct sunlight. Dose: Tincture, 1/2 to 1 teaspoon 2-3 x daily; powdered extract, 1-2 tablets or capsules 2-3 x daily. Allow 2-3 weeks for the full therapeutic effect to develop.

Can provide mental calmness, decrease anxiety, and ease restless feelings. Often used as a tincture, you take 30-40 drops of it before bed each night.

Cordyceps helps those suffering with stress-induced adrenal fatigue, which is often tied in with insomnia. Traditional healers recommend the fungus/mushroom as a general tonic to improve energy, appetite, and endurance, and to stabilize sleeping patterns.

In Siberia, it is said, “Those who drink Rhodiola tea regularly will live more than 100 years.” Another useful botanical medicine to support stress management, Rhodiola rosea (arctic root) is a popular plant in traditional medical systems in Asia, where it is used to help combat fatigue and restore energy.
Modern research has confirmed these effects and its adaptogenic qualities. Research in Russia has shown that Rhodiola can increase the levels of serotonin, dopamine, and other neurotransmitters by 30% and decrease the activity of the enzyme which breaks down serotonin and dopamine by 60%. Rhodiola is used in Russia for the treatment of depression and anxiety often without the simultaneous use of Western medical antidepressants.
Why do some suggest that it helps one live more than 100 years? Because Some of Rhodiola’s other beneficial effects are that it increases blood oxygenation, reduces serum cholesterol, improves physical endurance, and increases mental clarity, attention span, memory, and mental performance. No side effects have been reported in clinical trials, but at higher dosages, some individuals might experience greater irritability and insomnia. 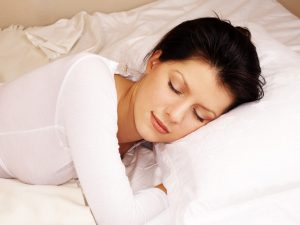