The figure of the witch was interesting to me, because of the primal, archetypical witch nightmares I had, even as an adult. But as a kid, it started with Margaret Hamilton in ‘The Wizard Of Oz’ as this inescapable horror. Robert Eggers.

It’s nothing less than astounding when we consider the things that Hollywood considers acceptable viewing for children. They are permitted to watch violence including beheadings, houses falling on people, and blood-spurting monsters chasing people about. We may contrast that visual with one that many consider absolutely intolerable for a child to view: the sight of two people being intimate. This contrast alone says more about our cultural priorities than almost anything else I can think of. And not in a particularly good way.

In this post I address a common source of interrupted sleep in children: recurring nightmares. My go-to therapy for this is hypnosis. At this point you may be wondering whether hypnosis would even be appropriate for your child. It’s a reasonable question. I’ve done my best to answer all questions related to hypnosis for children in a post on on nocturnal enuresis. It seemed more appropriate for that post given that bedwetting is far more of a recurring, and ego-damaging issue, than nightmares for many children (and particularly for boys).

When a parent brings in a child for hypnosis who is a restless sleeper, I introduce the idea of a ‘dream catcher’.  Metaphorically installed above the bed, the dream catcher catches the ‘bad dreams’ and only allows the positive dreams through. Recurring dreams aren’t always frightening; what can upset the suffering child is their regularity or episodic nature. The dream catcher filters them out for them.

Children often have nightmares about recent events or after seeing frightening TV shows. If your child is experiencing nightmares, you can teach them a form of dream control. It doesn’t filter out the ‘good’ dreams, but only the ‘bad’ ones.

Davey, a six-year old boy came in, frightened and trembling violently as if he was freezing.  His skin was warm. After we talked for a bit I took him into a light trance. Children have terrific imaginations, and I utilize that ability to their advantage. I then asked him to observe from inside his mind what was happening when he began shaking.

Several nights previous Brian had a nightmare that a zombie was attacking him and biting his arm.  For two days he’d had a flashbacks about it, and as a result would hyperventilate and become faint.

“That zombie’s coming after me,” he said.  “His mouth is unhinged and he’s got these ugly rotten teeth and he’s going to eat me.”

I taught him dream control. I let  him know that the dreams were what his mind made up, and that he could change them anytime he wanted to. “I’ll let you in on a little secret,” I said. “Those zombies are actually scared of you, and I want you to notice that, if they came toward again, all you’ve got to do is shout at them and they’ll get really, really scared and run away”.  I suggested to him that he had a choice of smiling or laughing aloud every time they ran away from him. This alone made him smile in trance.

I then had him practice this, using a Neuro-Linguistic Programming method called, appropriately, the Five Minute Phobia Cure. On the third time through the exercise, he said, ‘Oh, look at their faces, they’re scared! Ha, ha, they’re running away…”

This was the last time Davey experienced the violent shaking. In this case all it took was two sessions.  Teaching children dream control can be a very effective technique for those experiencing nightmares. You can do a light trance with them using progressive muscle relaxation, and give them that simple suggestion.

Acupoints for massage or Tiger Warmer (always be ultra-cautious, and gentle, using those modalities with your child): DU20, Kidney 1, Spleen 6, Heart 7, Ming Men (See pediatric Model in Rewired for Sleep) and PC6 can be helpful.

Questions about Sleep? Check out Rewired for Sleep, the 28 Day Insomnia Repair Program.

PrevPreviousRepairing insomnia without drugs
NextIf Your Child Wets the BedNext 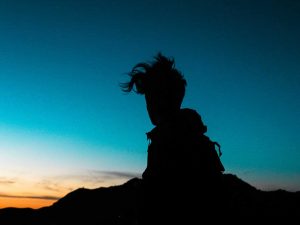